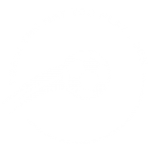 UNDER-RATED 11 PREMIER LEAGUE CHALLENGE: THINK YOU CAN CREATE A MORE IMPRESSIVE TEAM THAN THE ONE ASSEMBLED HERE?

Inspired by Jamie Carragher’s world 11 challenge, we have set about creating a challenge of our own. The rules are simple: you have to pick the best Premier League 11 you possibly can that you feel are “under-rated” players who have not got the appreciation you think that their talents deserved. 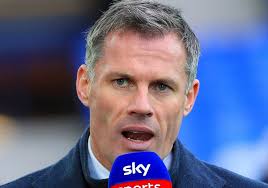 In order to qualify as “under-rated” and making them eligible for selection, your players CANNOT feature in The Independent’s “The Greatest Players of The Premier League” article available to view here courtesy of The Sport Bible (April 2020). 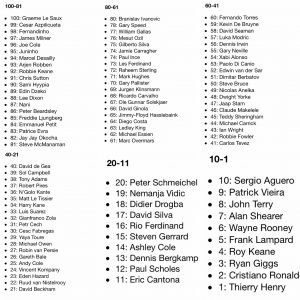 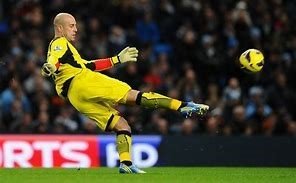 A surprising omission from the top 100; Reina was one of the first shot-stoppers to demonstrate the type of ball-playing ability usually associated with keepers of the modern era. Indeed, Reina was a pioneer of the ‘side-winder’ technique before we even knew what a ‘side-winder’ was, and could make some of his center halves envious with his pin-point distribution.

Reina made 285 appearances for Liverpool all being told, not to mention collecting 37 caps for his country for whom he achieved no fewer than 3 major international honors with Spain (albeit generally as an understudy for the omnipresent Ilker Casillas). Still playing in the Premier League today aged 37 for Aston Villa, is a credit to his professionalism and longevity in the game, which transcends 2 decades of top-level football. 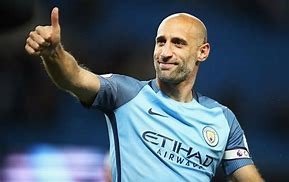 We had to check the list several times for this player’s name to see if we had made a mistake, but amazingly he has been overlooked. The defender would feature in many people’s best ever 11’s, let alone the under-rated edition, so to not even feature in the top 100 players was a shock to us which we were happy to take advantage of.

‘Zaba’ made 230 appearances for Manchester City and a further 72 for West Ham – possibly tarnishing his reputation a little with the younger generation of fans! However, in his prime, Zabaleta was a tenacious right back for City that would bomb up and down the touch line like a steam train, ploughing through all in his path; not many wingers got the better of him over the course of 90 minutes. He also played in a World Cup Final in 2014 and picked up 2 Premier League titles with City during a glittering career. 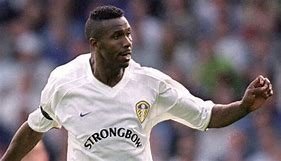 The classy South African defender was captain of the great Leeds Utd team of the mid 90’s during their most successful Premier League period; famously reaching the Champions League semi-finals under David O’Leary. His natural leadership qualities also earned him the captain’s armband for his country, winning the African Cup of Nations in 1996 and attracting the attention of European giants Manchester Utd and AC Milan among others.

Radebe stayed loyal to the Yorkshire club, however, possibly leading to his subsequent slip beneath the radar, and also suffered a devastating knee injury in 2000, which effectively ended his career somewhat prematurely. But speak to any Leeds supporter and we assure you they will remember him with great fondness and respect of the highest order. 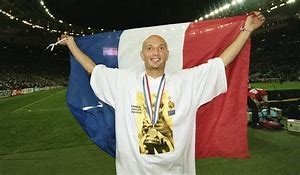 Another World Cup-winning member of our squad, marking Ronaldo out of the game in the 1998 final; Laboeuf also added the European Championship to his trophy cabinet with France in 2000. He joined Chelsea in 1996 along with a swathe of European stars, including Di Matteo, Zola and Gullit as player-manager. The stylish centre half enjoyed a 40 yard diag as much as carrying the ball out of the defence with effortless confidence and ease.

This resulted in the famous and affectionate chant of “he’s here, he’s there, he’s every f***ing where, it’s Frank Laboeuf” from the Blues faithful. Laboeuf’s stint at Chelsea was only cut short due to the emergence of a young John Terry during the 2000/01 campaign. His strikingly large bald head was only dwarfed by his ego, thus Laboeuf promptly moved to Marseille that year having amassed 144 Premier League appearances and 3 domestic trophies along the way.

Another player that would probably consider his own omission from the top 100 a tad unlucky, Baines was very much the short term successor to Ashley Cole in the left back birth for England, making his competitive debut as a substitute for Cole in 2011, and going on to earn 30 caps. The Everton full back played 145 times for Wigan before signing for the Toffees in 2007 for £6 million and went on to make a further 342 appearances for the Merseyside club. Fantasy football favourite and dead ball specialist Baines’ ability was certainly not unrecognised by his fellow professionals, having been named Everton’s player’s player of the season on 3 separate occasions and also featuring in the PFA Team of the Year twice in both the 2012 and 2013 campaigns.

When Mascherano arrived in English football at West Ham along with Carlos Tevez (no. 41) in 2006, you could sense something wasn’t quite above board for two of the world’s most prodigious talents to be joining the East End outfit. This became all the more apparent when Mascherano was curiously kept out of the team by Hayden Mullins and swiftly offloaded to Liverpool during the January transfer window of the same year.

West Ham were later fined £5.5 million for their part in the fiasco which centred, somewhat notoriously, around 3rd party ownership rights. Nevertheless, Mascherano went on to have a glittering career with both Liverpool and then Barcelona, winning everything you could possibly win in the game including 2 Champions Leagues titles and making 147 international appearances for Argentina along the way. Mullins went on to play for Notts County.

Now, I’m probably not Barry’s biggest fan either, but to ignore the all-time Premier League appearance record holder (653) just seems borderline disrespectful in the Top 100 players list. More than just a destroyer, Barry is also 15th for total assists with 64 contributions. The Premier League journeyman has represented 4 different clubs in the top flight and has over 50 international caps. In addition, he is a Premier League and FA Cup winner. The versatile midfielder had a great engine and a beautiful left foot in his day, chipping in with a number of memorable goals including a goal of the season contender against spurs on his weaker foot during the 05/06 campaign.

Parker for me is the epitome of an ‘under-rated’ player in every sense of the word. A player whose team-mates probably appreciated more than the fans. Parker represented 5 Premier League clubs, making 486 career appearances in total, as well as playing 18 times for England, for whom he briefly captained during the 2012 season. In fact, he started every game for Hodgson’s Euro 2012 campaign providing an excellent platform for the more attack-minded talents of Gerrard and Lampard. Parker was voted by his peers as the player of the year twice by Charlton, 3 times by West Ham, and in 2011 was England player of the year, PFA player of the year, FWA Player of the year and voted into the PFA Team of the Season; extraordinary for a player representing Spurs, a side from at the time some distance behind the League’s ‘big 4’ clubs. 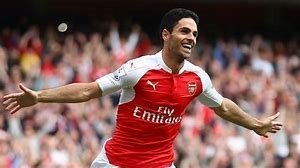 The younger football fans will know Arteta as the current Arsenal manager and former Guardiola sidekick at Manchester City. However, prior to this he was a formidable playmaker in both the Everton and Arsenal midfield making a combined 329 Premier League appearances and chipping in with 44 goals. Admittedly we are playing Arteta slightly out of position here with a licence to stay free and cut inside.

The Spaniard surely remains one of the most gifted pig-skin technicians not to receive an international call-up for his talents; which says a lot about the generation of Spanish midfielders during the 2008-2012 era consisting of Iniesta, Xavi, Fabregas and our next entrant below.

The next Spaniard taking up a slot in our front 3 is the mercurial Santi Cazorla. The diminutive midfield magician was a joy to watch at his peak for Arsenal, and had he played in a more prominent side would have surely collected more than just the 2 FA Cup winners medals during his spell with the Gunners. Nevertheless, Cazorla managed to accumulate an incredible 81 caps for one of the most supremely talented generations of Spanish midfielders and can also boast a World Cup and European Championship medal to his name. Not bad for a player considered inferior to Lee Dixon on the hit list. 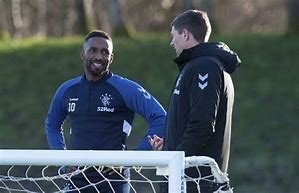 The final entrant into our ‘under-rated 11’ is possibly the biggest oversight of them all, in the shape of pint-sized goal machine Jermain Defoe. It’s no wonder that Steven Gerrard was quick to recruit the forward to Rangers FC; now aged 37 Defoe is still banging in the goals with 21 in the SPL already this season.

Prior to his departure North of the border, Defoe amassed 162 Premier League goals, shared between 5 different clubs who all benefited from his keen eye for the back of the net. This makes him the leagues 8th most prolific marksman, ahead of strikers such as Owen, Ferdinand and Hasselbaink who have all managed to make the Independent’s top 100.

that concludes our entry for the “under-rated” 11. Let us know in the comments what you think and don’t forget to have a go yourself using the hashtag #underrated11 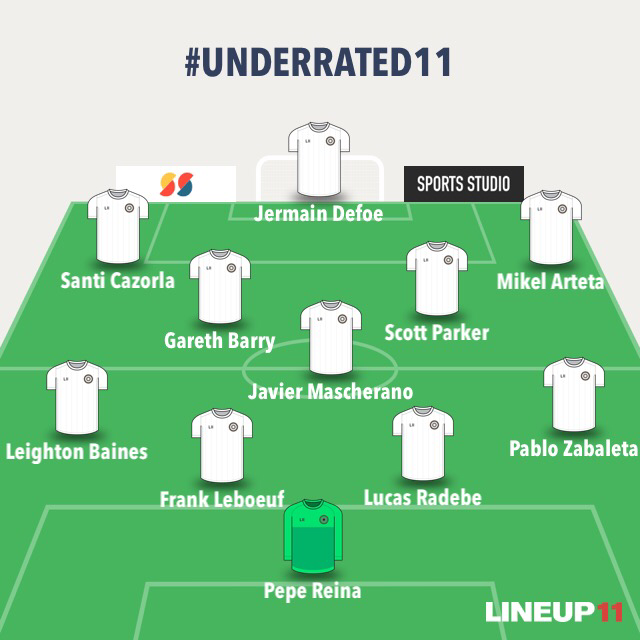